In general, it is not advisable to withdraw money early from your 401K. Some of our clients ask us if they should take an early distribution from their 401K when they move back to their home countries. The answer is still usually no because there are penalties and tax consequences of doing so. You can leave your 401K right where it is and benefit from it in retirement, wherever you are living in the world. However, in some cases, especially financial hardship or early retirement, an early withdrawal (or distribution) from your 401K may serve as a viable strategy. 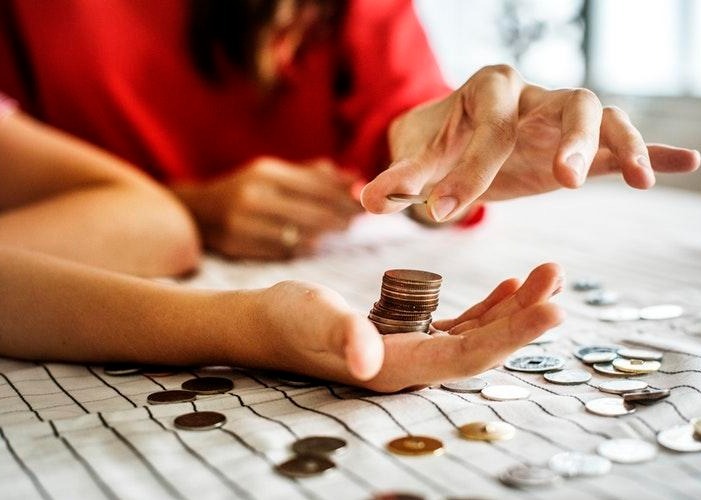 Options To Get Money Out of Your 401K

Taking money out of a 401K is called a distribution or withdrawal. Generally, distributions cannot be made until a “distributable event” happens.

A “distributable event” is an event that allows distribution of a participant’s plan benefit and includes the following situations:

When you leave your job you have four choices for your 401K:

There may be penalties for withdrawing funds from a 401K early.

The 10% penalty doesn’t apply on an early distribution if:

What happens to my 401K if I’m an immigrant on H1B visa, and have to leave the United States?

Related Article: Can I invest in and start a company while on an H1B visa?

How do hardship withdrawals work?

Is there a way to get the funds out of my 401K early without paying a penalty?

Option A: Rollover to an IRA And Withdraw (Allowed Under Certain Circumstances) - You can rollover your 401K to an IRA but that will not give you early, penalty-free access to your retirement funds. It simply transfers the funds from your employer’s retirement account to a personal retirement account that also has early withdrawal restrictions. If you rollover your 401K to an IRA, no taxes are withheld (unless you are transferring a pre-tax 401K to a post tax Roth IRA, also called a Roth Conversion). Rollover transactions are reported on Form 1099-R. You can rollover by having one institution pass the funds to another or you can actually withdraw the funds and move them yourself to a new institution within 60 days. If you choose this latter option, there will be mandatory withholding of 20%, so it is easier to do a direct institution to institution transfer. There may be an option to withdraw the funds early for specific reasons - IRAs are another type of retirement vehicle and have slightly different early withdrawal rules than 401Ks. If you rollover your 401K to an IRA, you may be able to withdraw money early penalty free for the following reasons: first time home purchase, tuition and educational expenses, disability, medical expenses, and health insurance

Need help with a rollover? Contact MYRA for a free consultation on your unique financial planning needs.

Option B: 401K Loan - Certain 401K administrators offer 401K loans. Generally, if your plan allows it, you can take a loan for up to 50% of the vested 401K account balance to a maximum of $50,000. You must repay the loan within 5 years unless you use the loan to buy your primary residence. There may be other requirements about how frequently you must make payments on the loan (for example you can’t pay it all back at the end of the 5 years, you must pay it over the 5 years). Your loan payments may be taken out of your paychecks. 401K loans are not usually considered taxable income but certain plans may treat them as taxable income. You will have to pay interest on the loan and the interest rate is usually the prime rate. In a 401K loan, you actually pay the interest to yourself. Some people have argued that this is a good investment but Michael Kitces explains in this blog post why that isn’t the case.

If you quit your job before paying back the entire loan, you will owe income tax and a 10% penalty on any amount that is not repaid. Thus, if you are planning to leave your job and may have taken out a 401K loan, you may want to consider paying off the loan before leaving or shortly after leaving to avoid the penalty.

Option C: Take substantially equal periodic payments using Rule 72t - this rule allows you to take early withdrawals from your retirement accounts without paying penalties as long as you take them in “substantially equal period payments” (SEPP) over your lifetime.  What does that mean? You need to take consistent (the same) withdrawals each year for the rest of your life. Those amounts and the length of “the rest of your life” are based on IRS calculations. If you switch things up and start taking more or less or no distribution, you’ll incur the 10% penalty AND additional interest. Because this penalty is relatively severe, most financial advisors discourage this method. If your account balance ever hits $0, there are no penalties for having to halt your distributions. There are some calculators online that can help you determine what amount you’ll have to distribute to yourself every month if you want to use Rule 72t.

Taking a 401K Loan Might Not Be Such A Good Idea

A 401K is supposed to help you have money in retirement. When you temporarily take money out of the plan, it inhibits its ability to compound with interest or stock market growth. You may end up with less money in retirement than if you had left the money in your 401K. In addition, if you terminate your employment, you’ll owe a 10% penalty and income taxes on the balance unless you can pay the loan back right away. 401K loans may also have fees and the payment terms are often very inflexible. Finally, taking a 401K loan may be a sign of broader financial distress.

401K Loans Might Be A Better Option Than Other Personal Loans

401K loans generally have lower interest rates than loans you might get from your bank. In addition, there is no credit check. You can borrow for any reason whereas personal loans may only be available for certain uses.

Two situations when it might be an OK to take out a 401K loan include:

But If You Leave Your Job Prematurely, You May Need To Pay Back the Whole Loan!

Under the new Tax Cuts and Jobs Act of 2017, you have until the filing deadline of your tax return to pay it off and avoid the consequences of an early distribution for any unpaid balance.

Before you withdraw the funds in your 401K early or take a loan, be sure to consider any penalties or taxes you will owe. And more importantly, don’t forget that your 401K is supposed to be for retirement.