These are the Top 10 States that immigrants should consider for where to live out their lives.

As immigrant retirees approach their golden years, some may prefer to move to a quiet small town or a retirement community in a warmer location welcoming to immigrants. Others may still want to live in a big city, nearer to the family and friends, where they can participate in exciting activities for seniors.

How appealing a State is to retire on this list often reflects its quality of life, housing costs, health care, cultural accessibility, among others. Retirement interest by immigrants in any one state indeed shows an indication of the general perception of a particular State.

Another crucial factor worthy of consideration is the tax rates and to gain a financial perspective. We include states like Florida, Texas, New Hampshire, Tennessee, and Nevada with no state income taxes.

This means that retirees currently residing in home states with high taxes like New York or California may be lured to move to any of those states mentioned above. Yet again, there will still be some who would prefer to remain in the metropolis because it’s more welcoming to immigrants.

Below are our top picks for the best States to retire for immigrants. 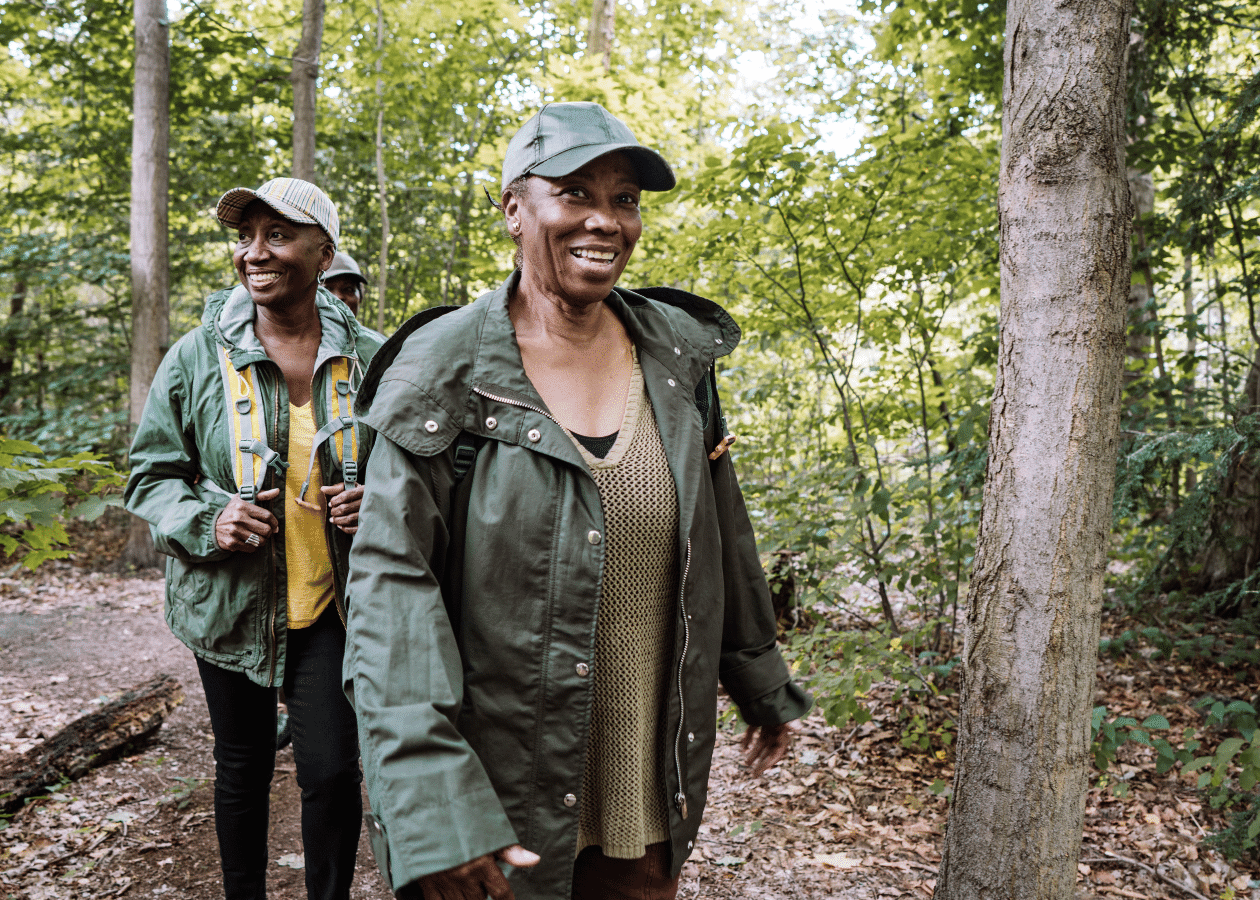 Anyone who considers affordability a key factor should make Tennessee their top choice. This state offers a combination of a below-average cost of living and a lower burden in state and local taxes.

When it comes to the weather, Tennessee averages more sunny days per year than other States. Aside from the mild climate, Tennessee provides natural beauty, rural peacefulness, and urban conveniences. With quality healthcare available, Tennessee is easily an ideal state to call home.

Immigrants have always chosen the Golden State as their preferred domicile. California’s state motto, “Eureka,” meaning I have found it! says it best. The state has also passed legislation that is favorable to immigrants.

For an idyllic city to retire, head straight to Roseville situated a mere 20-minute drive north of Sacramento. Living in this city means enjoying a Mediterranean climate and drinking great wine!

Florida's cities are a draw to many retirees across the country, consistently ranking as the top state for retirement. In addition, the Sunshine State lures everyone for its year-round warm weather and lack of income tax burden. Be wary, though, of the recent high incidence of hurricanes and tornadoes. But still, the state scores higher in the culture category.

Health care here is easily accessible to seniors. The property and criminal violence rates are relatively lower than comparable metro areas. The growing and vibrant retiree community in the state is also a huge plus. If visiting arts and entertainment establishments, as well as science museums, is your thing, then consider Fort Myers, Florida, on your list of must-see destinations.

Related Article | How the Pandemic Has Changed Retirement Planning

If you are one of those retirees who do not want the typical Florida retirement route, then New York is a great choice. You are probably the type of person who wants to be around young and ambitious fellow immigrants. New York is a perfect fit if you want to stay mobile and healthy as you get older.

The state’s five boroughs await you. New York has always been an exciting place that offers something for everyone. You can enjoy the rest of your retirement years in the most iconic city in the country.

For your daily walks to reconnect with nature, the upper New York area offers some of the most stunning scenery the East Coast has to offer.

Based on a 2018 study, two of the most popular reasons that attract people to move to Nevada were for a new job (46%) or to retire (29%). Aside from the limitless places to explore and the warm climate, retirees choose to relocate to Nevada for its lack of state income tax and low property taxes, making it a haven from a retirement perspective.

But what attracts most people to this desert state is the Las Vegas Strip. It offers everyone a year-round, warm climate and plenty of exciting activities.

Often overlooked in most retirement destination lists, Idaho offers many attractions that draw retirees to its abundance of green spaces. After all, the state is the home of over 30 state parks that includes part of Yellowstone National Park.

Forbes magazine picked Boise, Idaho, as a top retirement location. Particularly noteworthy to mention is the 25-mile Greenbelt around Boise for seniors to stay active by walking, jogging, or simply taking in stunning city views.

With the average property price less than the national average, the state of Idaho has a lower cost of living that can help seniors save more retirement money. In addition, with lots of open space and vast greenery, people living in Idaho have plenty of room to roam around. It also enjoys a state-wide low crime rate!

For immigrants seeking an active retirement lifestyle, security, and low cost of living, retiring in Idaho is a great choice.

The state of New Mexico is known as the land of enchantment, and rightfully so. Home to breath-taking landscapes, natural beauty, and vibrant, welcoming culture, New Mexico is becoming a good spot for retiring immigrants who want to live life to the fullest.

With its temperate climate, serene setting, and receiving a high mark when it comes to the low cost of living, healthcare accessibility, and low taxation, this state will only continue to grow in popularity among the retirees in the country.

The state of Wisconsin offers everyone many charms at an affordable price. With plenty of recreational activities and natural beauty, the exciting cultures of Milwaukee and Madison will surely appeal to urban retirees. Plus, Madison City’s median home price is one of the lowest in the country.

Indeed, Wisconsin has more to offer than its Green Bay Packers games and delectable cheese. The state’s retirement income taxes are relatively low compared with other states. Sales tax rates, for instance, are only around 5%, which makes it the fifth-lowest in the country. That is one of the nation's lowest percentages. Moreover, seniors with household income below the $20,000 threshold can benefit from the property tax deferral loan program.

The Badger State also has a well-earned reputation for its warmth and neighborliness, making it an easy place for retirees to relocate.

For immigrant retirees suffering from health conditions and requiring more care, or even those seniors who are looking to keep an active lifestyle, the Granite State is a great spot to consider for retirement.

New Hampshire is another popular choice for a retirement destination for its lower cost of living and some of the lowest retirement taxes in the country. In addition, the state has no tax on personal income. This means that retirees can enjoy their pension or retirement benefits tax-free at the state level.

The state also has the second-lowest violent crime rate, which makes a difference in security and peace of mind.

According to a recent report, in 2018, thousands of people were heading to the Lone Star State for relocation. There are plenty of reasons why this is still happening today. Texas is the second-most populous state in America and is a haven for retirees.

From warmer weather, lower taxes, or exciting leisure activities, retirees will surely find it somewhere in the vast state of Texas. As potential retirement spots, cities of Texas offer housing affordability, access to quality health care, and even a job market for seniors looking to launch a second career. And, oh, Texas does not have a state income tax.

Related Article | When Is It OK To Withdraw Money Early from Your 401K?

Finding the best answer to what specific state is the best to retire depends entirely on your financial situation and personal needs. However, this list gives us a good idea of some of the best state options for retirees out there.

While this list of the 10 Best States to retire for immigrants may suggest where retirees are likely to relocate, not everyone relocates at the time of retirement. Instead, most retirees are staying in their existing homes when they retire, according to the 2010 U.S. Census Bureau data analysis by Richard Johnson, and the census data doesn't lie.

Based on the same data, retirees who do end up making a move choose to go where there are favorable taxes or light tax burden, warmer weather, and access to cultural and recreational opportunities for seniors.